Let’s see how to configure a System State backup. 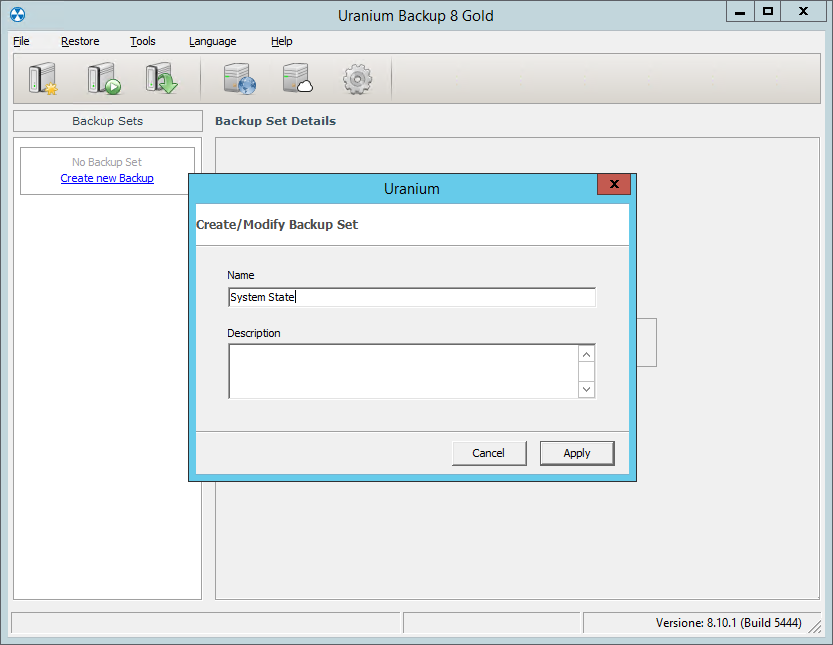 From the Items and Destinations tab click on the + button, select Add System State Backup: 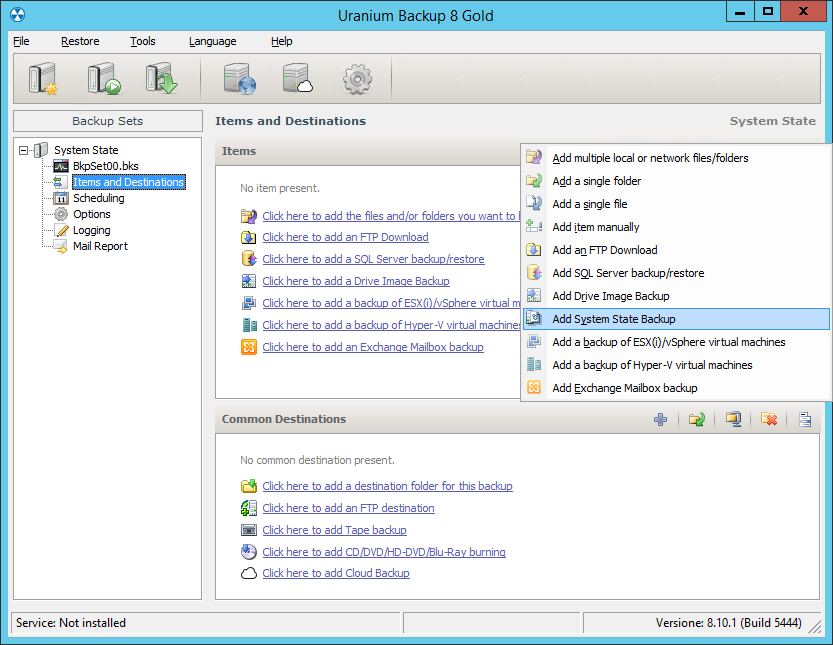 System State backup always copies data from the main operating system, you can’t choose the drive you want to backup. Anyway, you can choose the destination drive and eventually keep more copies and/or copy the system state to the common destinations: 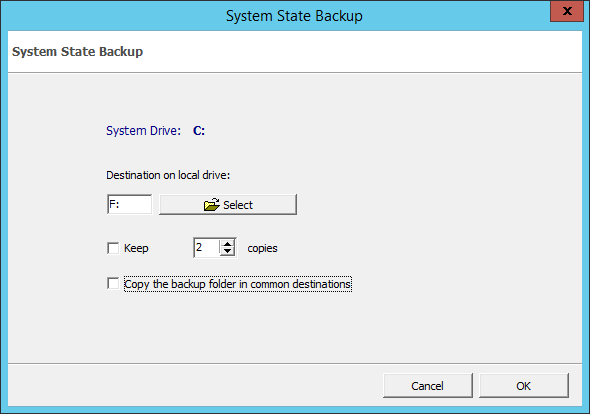 The System State backup is ready to be executed: 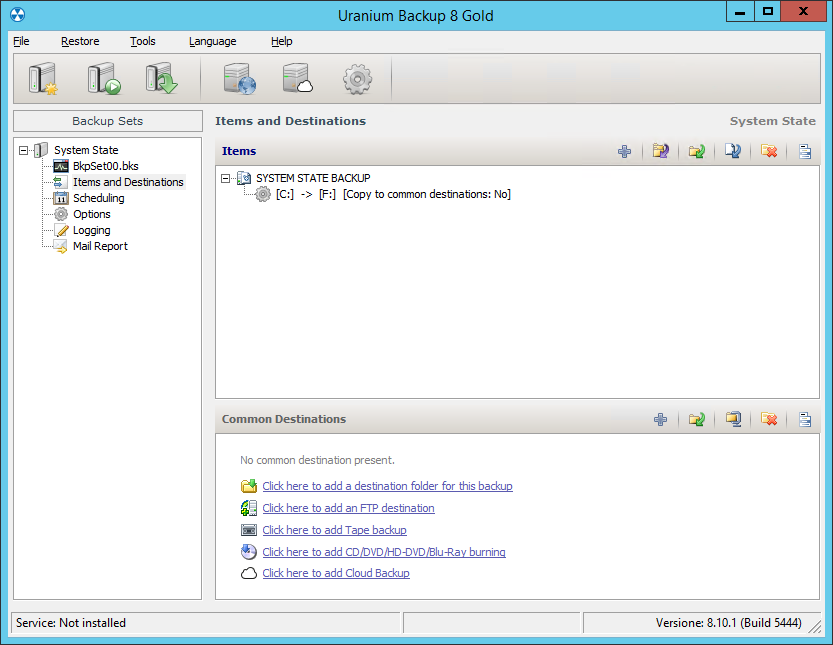