Uranium Backup 8.10 brings several improvements to the ESX(i)/vSphere backup functionalities. The most important is the support to the VDDK libraries, that make possible to perform incremental backups and to support thin provisioning virtual disks, even on ESXi Free Hypervisor hosts.

Setting up an incremental backup for your ESX(i) virtual machines is really easy. Before exploring the procedure, let’s talk about the requisites:

If your use scenario doesn’t match the requisites, don’t worry, we improved Uranium Backup performance even without VDDK libraries. But you won’t be able to perform incremental backups of ESX(i)/vSphere VMs and thin provisining disks will be copied as tick disks.

Let’s see how you can perform a VMware ESX(i)/vSphere incremental backup. 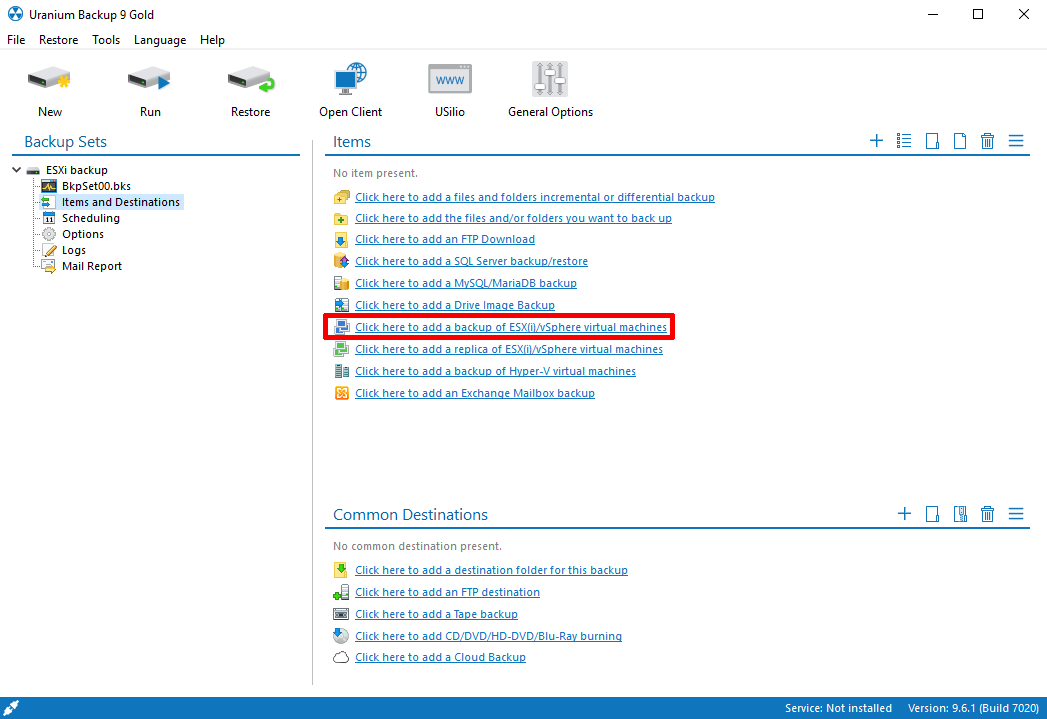 Specify IP and access credentials of the ESX(i) server:

Select the virtual machines you want to back up. You can also select individual disks of the VMs:

It’s time to configure your backup set. Specify the destination and select the number of full and incremental copies you want to retain: 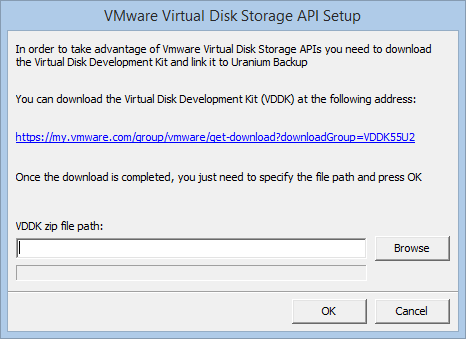 The VDDK libraries will be installed in a few seconds: 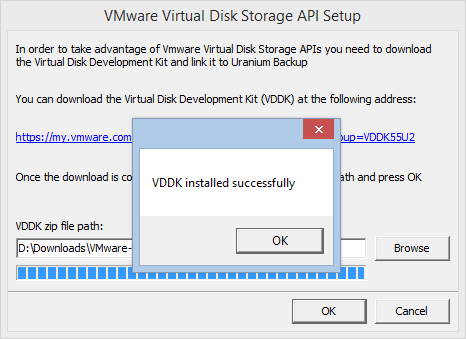 You’re ready to perform your backup. With the default configuration Uranium will perform a full backup followed by 3 incremental backups: 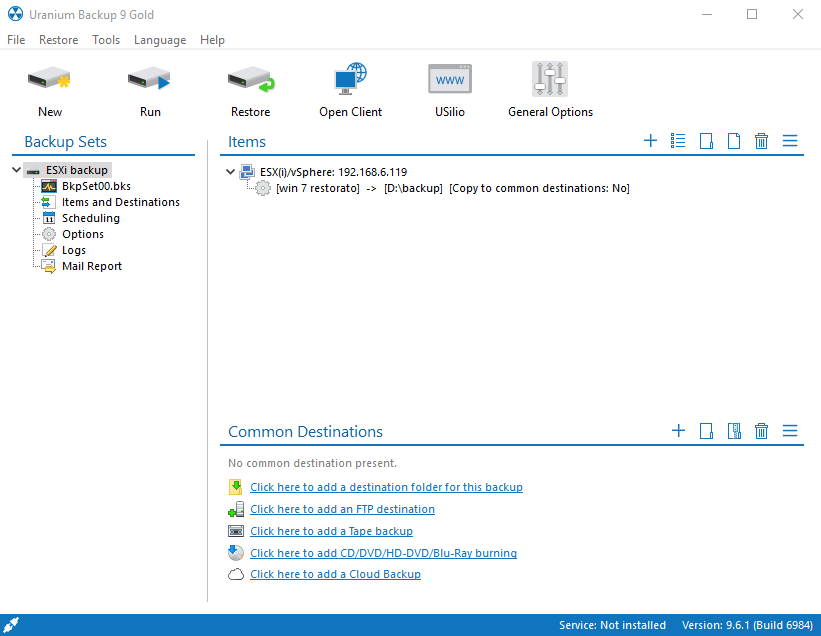