ESX/ESXi/vSphere is a very popular virtualization platform, developed by VMware. Such a widespread OS can’t be ignored and Nanosystems empowered Uranium Backup (from version 8.6.0) with ESXi/vSphere 3.5-4.x-5.x backup and restore features. Let’s see a brief tutorial about how to backup a VMware ESX/ESXi/vSphere virtual machine.

The first step is to create a new backup Set: 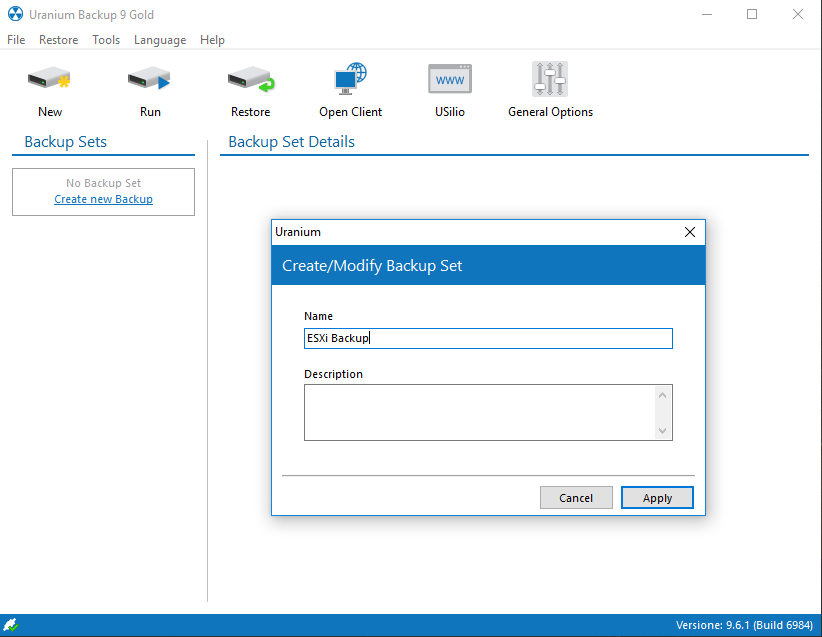 In order to add an VMware ESX/ESXi/vSphere backup job, simply click on the Click here to add a backup of ESX(i)/vSphere virtual machines link or on the related button in the right-click menu: 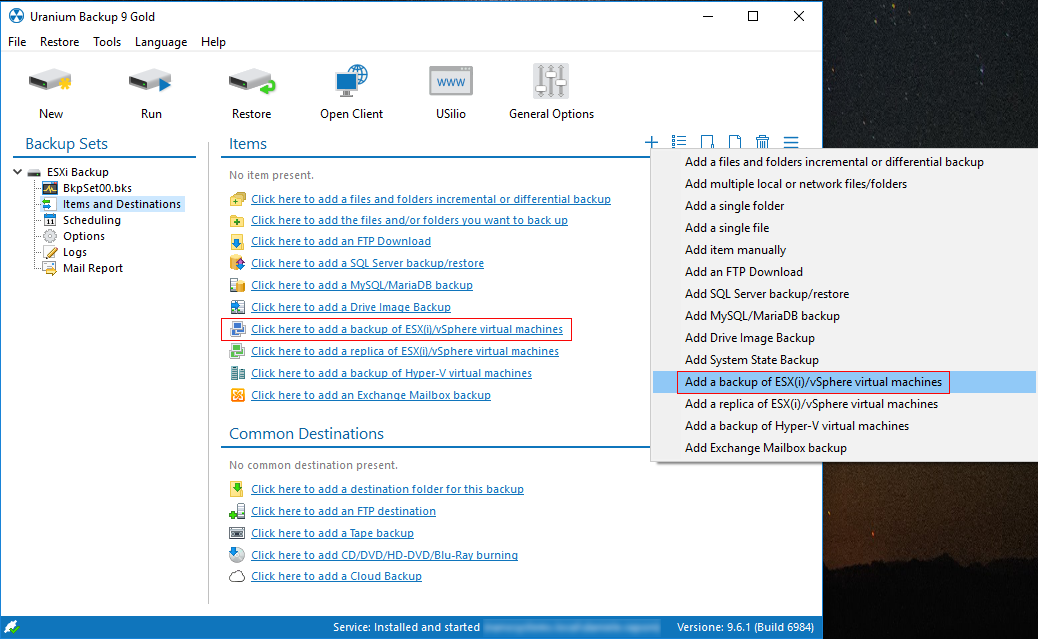 Now you have to specify server IP adress, user name and password: 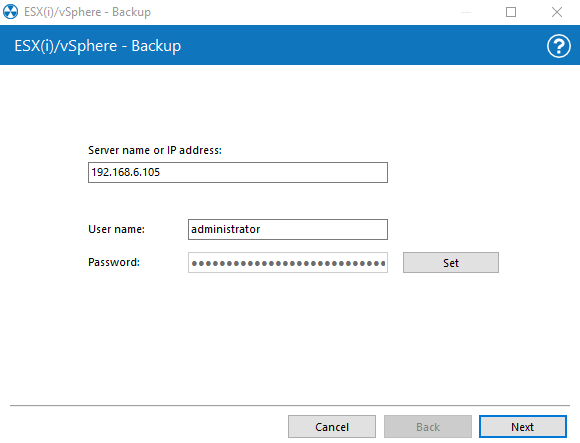 Then Uranium will show you the list of the virtual machines deployed on the server. It’s possible to select multiple VMs: 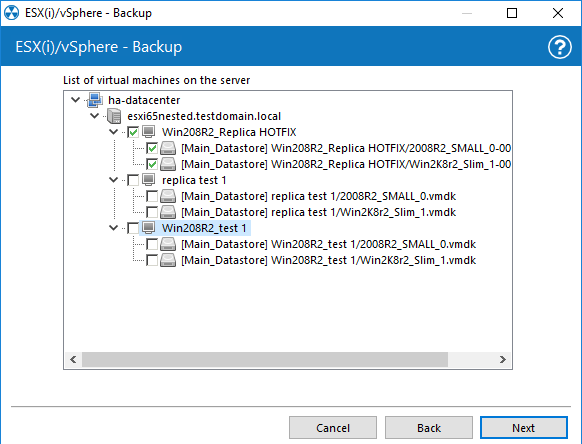 It’s time to set up the local destination folder (it can be a network folder, a network disk, an external disk or a NAS device) and select if you want to copy the backup also in the common destinations. It’s even possible to keep multiple copies that will be overwritten starting from the oldest. You only need to specify, in the related field, the number of copies you want to store: 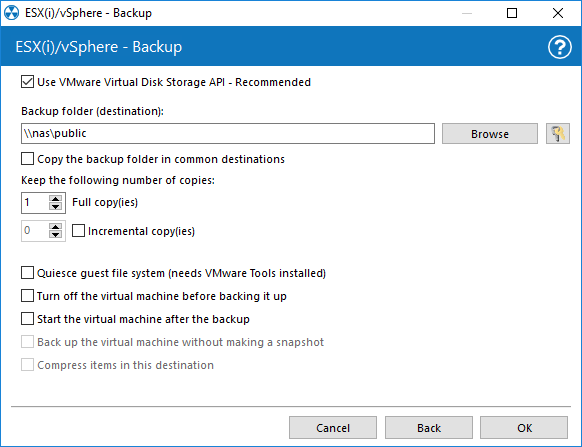 Once the configuration are applied, a new ESX/ESXi/vSphere item will appear on the list: 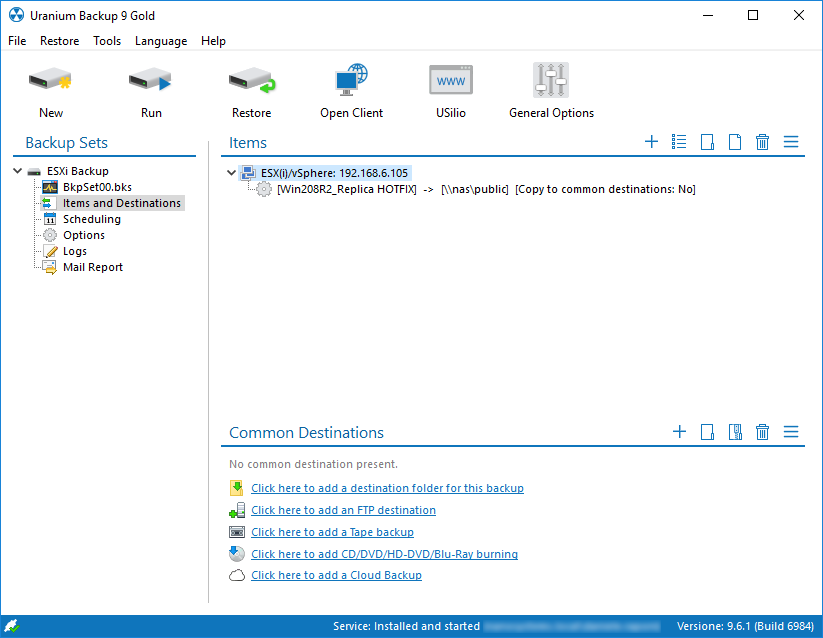 Now you can run your first VMware ESX/ESXi/vSphere backup, like shown in the picture below: 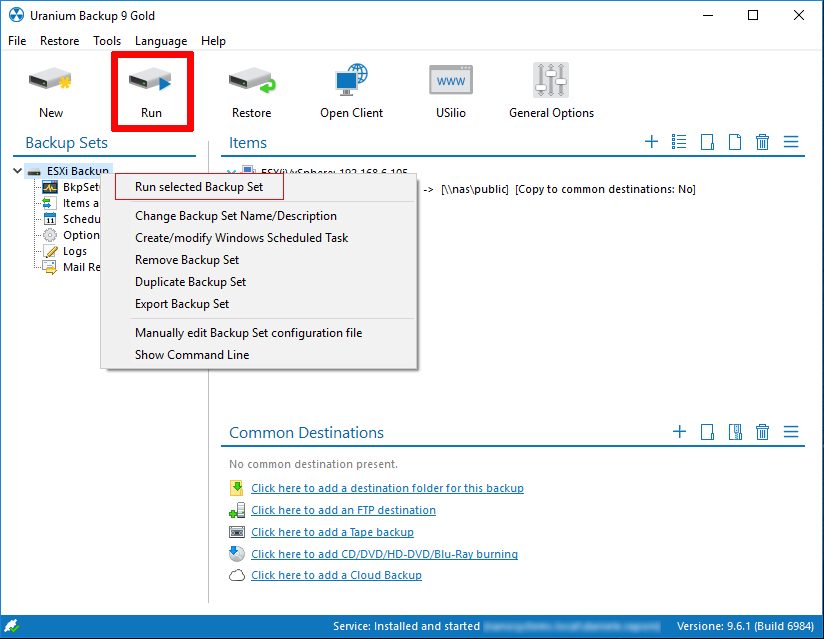 The protection of your VMs matters to us! Never run a virtual server without securing you data.